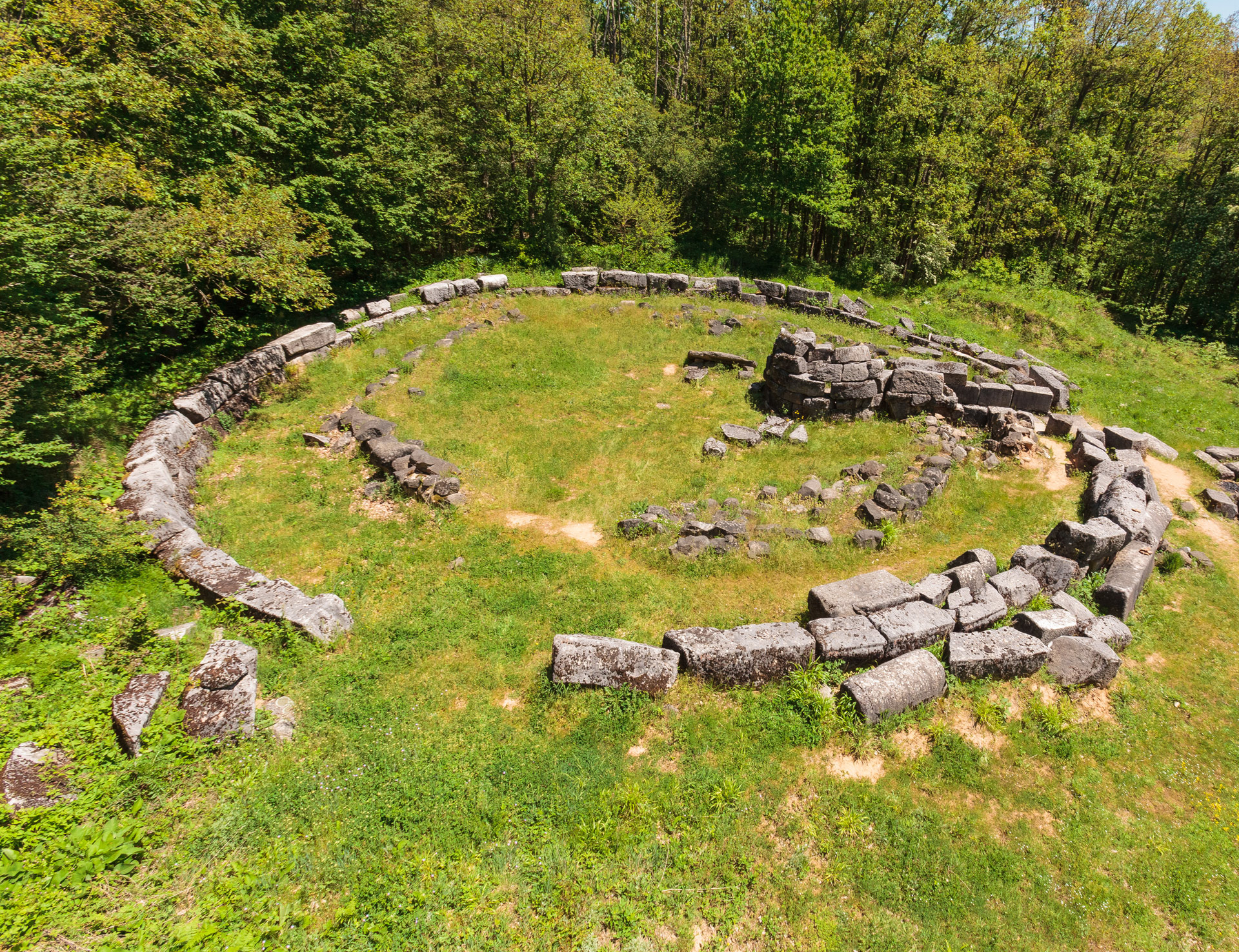 It was declared a protected area in 1991 in order to conserve the habitats of rare plants and birds (Egyption vulture - Neophron percnopterus). It occupies part of the southern  slopes towards the valey of Veleka river.

It is situated on the rocky right bank of Veleka river, about 4 kilometers southwest of Zvezdets village. It is a typical ornithological object. A lot of rare bird species nest here.

It is situated around 5 kilometers northeast of Bliznak village. It is declared a protected area in order to conserve the natural mixed oak-hornbeam forests with presence of Quercus hartwissiana.

It is situated between Kalovo and Zabernovo villages, in the valley of the Kazanski dol and Zaberska rivers. It was declared a protected area in 1991 in order to preserve the natural Quercus frainetto-Quercus polycarpa communities, the historical and cultural valuables. The protected area is also the natural habitat of a large number of venerable trees, with the oldest being a 1000-year Quercus frainetto – probably the oldest tree in Strandja.

It was declared a protected area in order to preserve the old oak-beech forests and the picturesque canyon of Veleka river. It covers the middle stream of Veleka river, the area where it passes through a karst region and forms numerous meanders. A large number of birds find shelter in the century-old forests and rocky slopes, like the golden eagle (with Strandja being the only place on the territory of Bulgaria where it nests on trees), the black stork, the Egyptian vulture, and a lot of mammals. One of the best preserved populations of the otter is to be found in Veleka river. 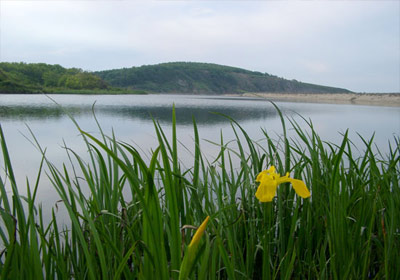 It is situated around 5 kilometers northeast of Mladejko village, on the Bosna ridge. It was established in order to preserve the rare bird species nesting in the region, many of which are listed in the Red Data Book.

It is situated east of Slivarovo village, behind the border facility and over the valley of Rezovska river. It was established in orfer to protect the very well preserved habitat of the Vaccinium arctostaphylos, located in an old beech forest with perwinkle.

It covers a beautiful karst region at the Dokuzak river, with an eponymous small waterfall and nine never failing springs. There are places for recreation and fishing along the river valley.

The protected area has been established in order to preserve the natural habitat of the Sideritis syriaca L. The most compact of all its habitats spread in the surrounding area is located in this protected area. The attempts to artificially reproduce it are successful – which helps regenerate its spread and use it as a great tonic tea.

It was declared a protected area in order to preserve the characteristic landscape – habitats of rare species of birds and endangered vegetation species. The eponymous memorial complex of Preobrazhentsi is located in the southern part of the protected area up to the slopes lowering towards Veleka river.

The first Bulgarian reserve - “Gorna Elenitsa-Silkosia” - was established in the beginning of 1933. Its territory includes the Marina river area as well. Later, the Gorna Elenitsa area was taken out of the reserve region. During the 1970s, the Marina river protected area was declared over its most representative territory. Today, it is one of the most visited areas during specialized botanical tours in Strandja. Avoiding the restrictions of the strict regime in the reserve, in just 30 minutes  this “classroom in the open” provides the attendees an opportunity to get acquainted with all the emblematic species of the colchis tertiary flora. As you wander around the bushes of the overhanging perwinkles and stop in front of the only yew tree, surrounded by the evergreen shrubbery of the laurel and Ilex, you will be fascinated by this lost kingdom of relict vegetation.

It is situated 4 kilometers northeast of Kosti. Its stony sunny spots are protecting the most representative habitat of heather formations and other rare bushes and grass. The heather is an evergreen relict bush. Strandja is the only place in Bulgaria where heather is found.

It is situated in the southeast, next to the village and Veleka river. Kalkata was declared protected area in order to preserve the nest of a pair of owls. This is the reason why the area is sometimes called “The Owl.” 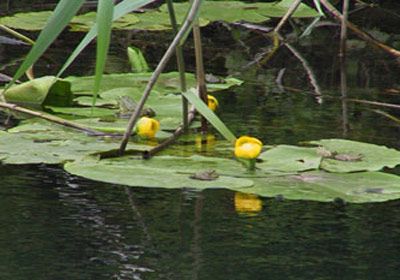 It is situated at the outflow of the eponymous river and the lower part of its catchment basin. It preserves the valley of Veleka, the sandy spit (around 500 meters long) and part of the Black Sea seaside. According to the assessment of the landscape indicators Veleka outflow, though in competition with Ropotamo and Kamchia, is undoubtedly the most picturesque spot along the Bulgarian Black Sea coast. It hosts a lot of interesting and rare species like the cotton weed plant (Otanthus maritimus), Stachys maritima, sea carrot, Calystegia soldanella, and this is the only place on the territory of the Park where one can see the endangered Nuphur lutea.

The big migratory route ViaPontica passes over the protected area. Outside the nesting period, this area is used by birds for wintering or rest during migration – for example the little grebe and the great crested grebe, Phalacrocorax carbo, shag (a globally endangered species), and mute swan. The black-necked grebe, European shag, red-crested pochard, common shelduck and several species of gulls can be found only in the sea, near the coast.  Of all the fish registered in Veleka river, 7 are included in the Bulgarian Red Data Book – eel, carp, Rutilus frisii, atherina, three-spined stickleback, and others. The marine mammals – three species of dolphines registered in the Black Sea region and the monk seal (a globally endangered species) can be seen along the adjacent Black Sea coast.

The protected area is part of the Veleka-Rezovska complex, which is described as priority humid zone of national importance in Bulgaria. 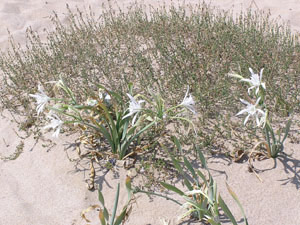 It is situated between the Sinemorets and Rezovo villages, along the picturesque and severely indented sea shore. It owes its name to the eponymous small river, which flows into the Black Sea.

The region is the richest territory with regard to the number of vegetal species per unit area in Bulgaria. Some of the last remaining white Pontic dunes along the Bulgarian Black Sea can be found here. The southernmost habitat of the sand lily in Bulgaria is located near the Silistar bay. The viewy trunks of the trees reach the very sand strip in the Lipite bay. Widespread in the protected area are the rare for Bulgaria seaside eryngo, wild fig-tree, Limonium gmelini, Bulgarian pear, and others.

Eighteen of the fish species registered in both the protected areas inhabit the coastal waters as well. Among them the conger eel, Caspian shad and Chalcalburnus chalcoides are included in the Bulgarian Red Data Book.

The Veleka river outflow and Silistar protected areas are part of the Veleka-Rezovska complex, which is described as priority humid zone of national importance in Bulgaria. They are included in the list of most important humid areas in Bulgaria, with clearly manifested significance in the conservation of waterfowl birds.

In 2007, the ordinances of the Minister of Environment and Water reclassified the five former buffer zones around the reserves in the Park into protected areas.