Old name – Konak. A konak – road station - existed near the old road, traces of which are found to the south and north of the village in the direction of Malko Tarnovo. The travelers crossing Strandja used to stay at it overnight. 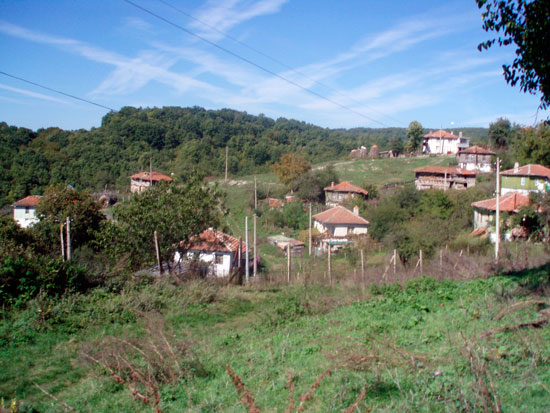 The village is located at the foot of Bosna peak, over one of the tributaries of Mladejka river. Its surroundings are covered with thick forests of Fagus orientalis, hornbeam, Quercus frainetto, and Quercus cerris. The remnants of an ancient settlement can be seen in Gradishteto area. A Thracian mound necropolis impresses visitors to the south, and a Thracian and late Antiquity fortresses to the southeast  - in the Kungyov grave area, over a high hill on the left bank of Mladejka river. The signs found in the village area indicate that here there was a sanctuary of Zeus, Hera and Hercules.

A golden eagle, Dendrocopos leucotos lilfordi, woodpecker, lesser spotted eagle, and others can be seen in the region. There are several caves in the surroundings. One of them – Helena’s hole – is related to an old legend about the dragon, the beautiful girl Helena, and the gold treasure.

No accommodation is available at the village.

The holiday of Byala voda is celebrated on the Day of St. Iliya – July 20.

The church was built in the eighteenth century and was declared an architectural monument. It is low and has very elongated proportions. Its walls are made of stone blocks and the roof structure is roughly carved. The floor of the church is covered with antique bricks. Such ceramic fragments were found during plowing in the surroundings of Byala voda, in Marino settlement area. Instead of altar table, the church has four-sided sacrificial altar without traces of inscription. A votive offering inscription of Heracles – a favorite deity of the Roman soldiers of Thracian origin - has been built in the temple in the past. Today, the inscription can be seen in the Archeological Museum in Burgas.

300 – 350 years ago the settlement was situated 4 kilometers east of its current location. When they left the village, people destroyed the church and using the same material they built a temple on the new location – St. Propher Iliya. 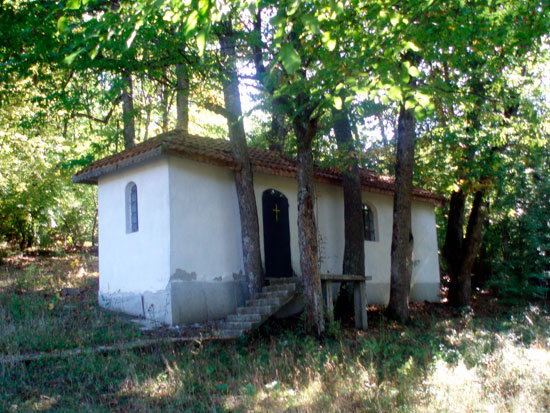 It is located 2 kilometers north of the village, in Marino settlement area – a place charged with special energy. If a person spends a little time here, he or she will feel a new vital energy passing through his or her body. Recently, a spring with grayish-whitish water gushed near the chapel – and people claim that it has healing properties. A large number of worshippers gather in the monastery on October 19 – the Day of St. John of Rila. People from more distant places also visit the place as well as sick people with the hope of healing themselves.

It is located 4 kilometers west of the village. The name of the saint means “fortress of God.” In Strandja this saint is revered as the “brother” of St. Marina, and people believe he is the master of thunders and lightnings. According to the verbal legend, St. Iliya could never remember what day his holiday was on and always asked his sister with a delay. She, on the other hand, never told him on time because she feared he would unleash thunders and lighting out of happiness, and would harm the people.

Typical for Strandja is the positioning of the St. Iliya chapels on high grounds, along the peaks, so that  getting there would require quite a lot of climbing.

It is located less than a kilometer south of the village, in the Ryakata area. St. Petka is venerated as saint-healer in Strandja. She protects women, pregnant women, the home and just like St. Marina, she helps childless women. Her name suggests that she is a saint of the day of Friday. Together with her sister Nedelya, she build a bridge to the hereafter, and only the righteous souls will be allowed to pass.